WeSawIT January 15, 2019 Comments Off on Bad Boys 3 Filming in Atlanta

The filing of Bad Boys 3 was confirmed by both Will Smith and Martin Lawrence but now there is filming proof the return of Mike Lowrey and Marcus Burnett is official OFFICIAL!  A filming permit was requested to close a portion of State Road 141 / Peachtree Road for production to shut down parts of Peachtree Road.  Local news outlets are reporting filming in the city of Atlanta along with some unhappy locals that were not pleased about the street closing.

Bad Boys 3 is expected to be in theaters January 2020. 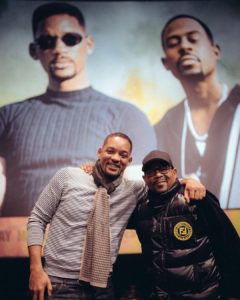 Will Smith and Martin Lawrence