Defensive Coordinator Juan Castillo was fired by Eagles coach Andy Reid and replaced by secondary coach Todd Bowles.  It was the first time Reid dismissed a coach midseason in his 14 years in charge.

Castillo was an offensive line coach for 13 season and then Reid made the decision last year to promote Castillo which stunned many.  It came after a long search and with new defensive line coach Jim Washburn already in place running a wide-nine scheme that isn’t widely used.

The Eagles (3-3) are on a bye this week, and Reid hinted more changes could be coming. 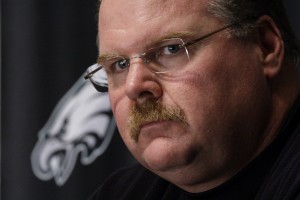